WWF today released an interactive public map that identifies the habitat of all rare species to help timber companies more effectively protect valuable forests and biodiversity habitats in Russia.
WWF-Russia today released a publicly accessible, easy-to-use interactive map that shows  habitats of animals listed in the Red Data Books of Russia’s endangered species. The map covers the full territory of the Russian Federation, including the boundaries of forestry units and leased areas of logging companies. It will serve as an important tool to identify and determine whether  habitats of rare bird species are to be found in planned logging areas. Most of the information covers habitats of rare bird species, although data on some other animal species is also available.

"All previously existing  databases and maps of habitats of rare species in Russia, even those with a cartographic interface, did not display any boundaries of forest areas nor forest compartments where logging operations were taking place. For forest companies that are obliged to protect rare species’ habitats, having to rely on those services was very inconvenient and inefficient.  The new interactive map that we have created  facilitates access to  important data and helps responsible businesses protect these habitats. It is a tool for authorities that demonstrates how such information should be collected and provided," says Konstantin Kobyakov, WWF-Russia’s Forest Programme expert on High Conservation Value Forests (HCVF).

Timber companies whose leased forest plots contain habitats of rare animal species are obliged to conserve them during logging activities in compliance with Russian legislation, as well as the criteria set by Forest Stewardship Council (FSC) for companies seeking certification. The new map is incorporated into WWF-Russia’s key resource on HCVs and website hcvf.ru, which is already actively used by most FSC-certified companies in Russia, as well as environmentalists and civil society organisations.

The data on the habitats are uploaded onto the new map via the Web GIS system "Faunistics", developed and supported by the Russian Network for the Study and Protection of Predator Birds: "Predator Birds of the World", "Artificial Nesting Sites", "Birds of Northern Eurasia", "Wild Cats of Eurasia", "Aquatic Mammals of Eurasia" and "Red Data Books of Russia". The data is collected both by participants of the programmes of the Russian Network for the Study and Protection of Predators and the Russian Bird Conservation Union, as well as by some independent researchers and nature lovers. In the latter case, all observations are moderated and checked by the specialists before their publication. 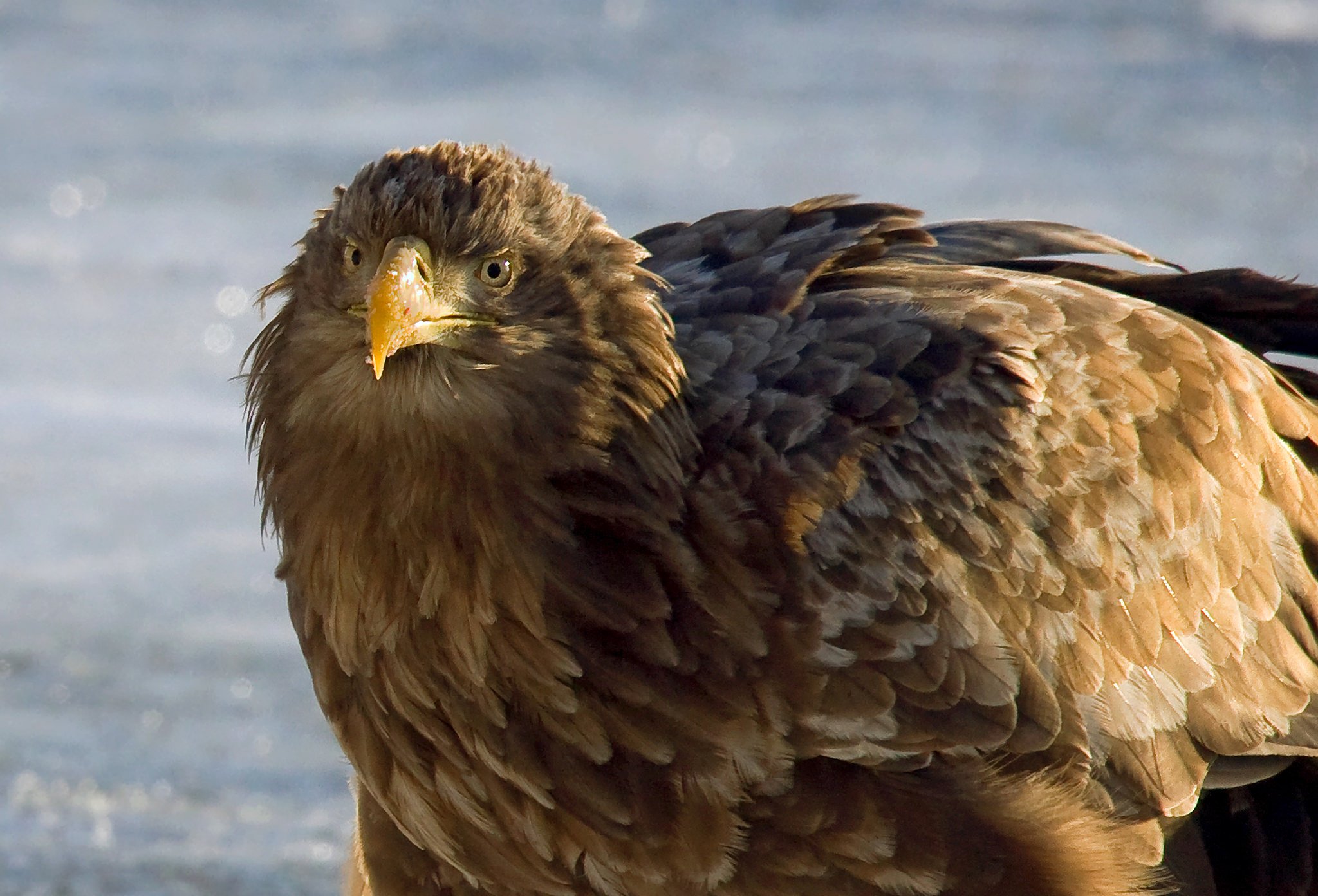 
Why a new map?
Until today, Russia did not have a  centralized system for collecting, storing, and providing information to assess the impact of planned logging on habitats of rare species. Often, such data was available only in scientific publications and reports, but was not  sufficiently linked to work on the ground in a way that information could be  taken into account when planning logging activities or creating forest infrastructure.

Moreover, the data on the habitats of rare species was not included in forest development plans nor any other forest planning documents, even if it was available to the authority responsible for environmental protection. It was often not submitted to the regional departments responsible for forestry in the first place. Often, there was zero exchange of information between various institutions and departments within the same structure. 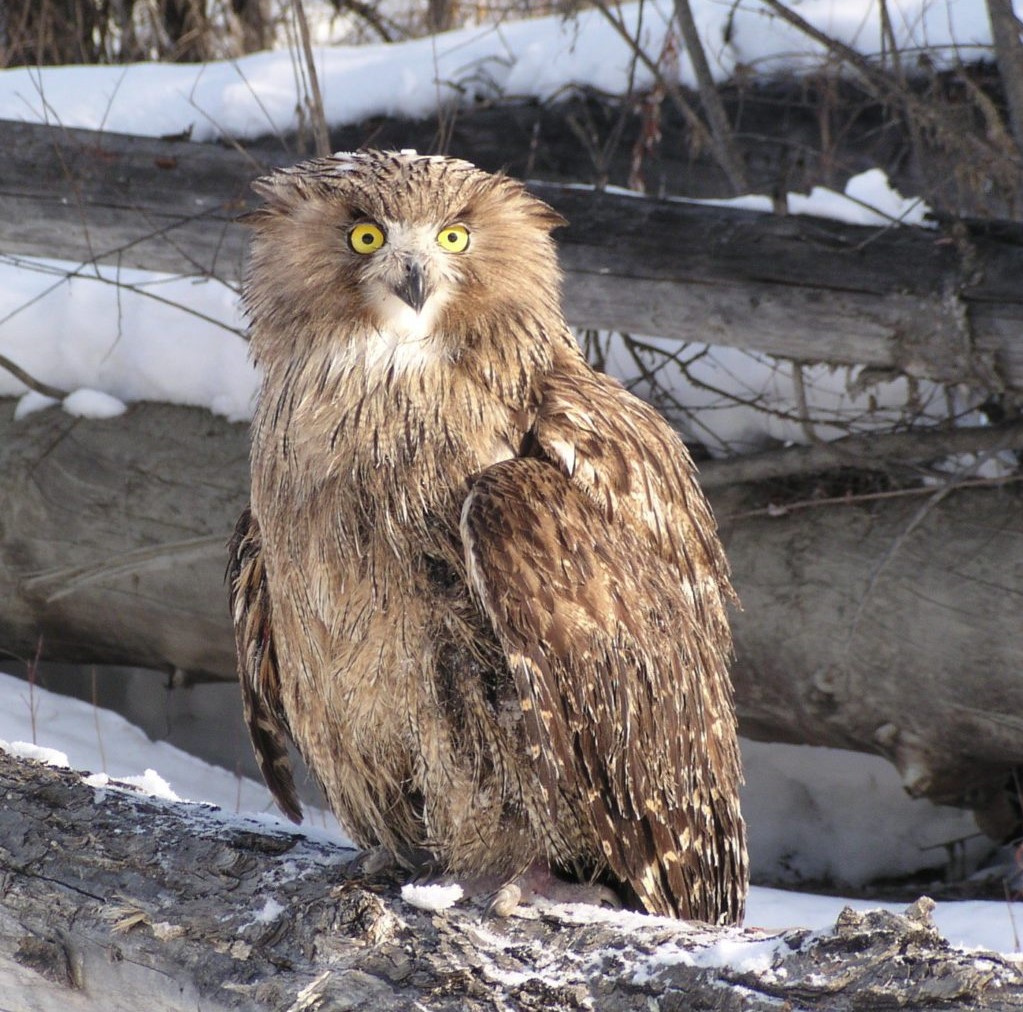 Forests are crucial habitats for rare bird species’ survival
The life of many animals, including predator birds, is closely connected with the forest. For example, the white-tailed eagle, which is found throughout Eurasia, chooses nesting in areas of intact forests remote from civilization and near fish-abundant water sources. The house and shelter of the eagle, whose wingspan reaches 2.5 meters, are tall old trees. Privacy is very important for this predator: when disturbed by people, eagles abandon their clutches. Logging in intact forests displaces eagles from their native nesting sites; and the pollution of the water sources and a decrease in fish leads to the death of clutches and chicks.

Another predator, the osprey, chooses tall trees near clean and fish-rich ponds with shallow waters. Large mushroom-like nests, of up to one and a half meters in diameter, are made only on the very top of the tree and are used by the birds for many consecutive years, if they are not driven from their place by people. The osprey loves wild, secluded areas of the forest, and if people appear near the nest, the chicks hide, and the adult predators silently fly away and often do not return. The active industrial development of forests in neighboring areas threatens the reproduction of the predators. When logging, it is extremely important to preserve osprey nests and leave tall trees suitable for nesting.

Another rare predator, the Blakiston's fish owl, nests in the intact forest thicket. According to scientists, no more than 700 pairs of these birds are left in the world, but because of the large-scale development of the taiga, there are fewer of them every year. The fish owl lives only in the Far East: 80% of its population is in Russia, and 20% in Japan. This largest and rarest owl in the world, along with the Amur tiger, can be called a symbol of the Ussuri taiga. The fish owls live in hard-to-reach places: in the valleys of mountain rivers and springs in the middle of intact taiga, and lead a very secretive life.